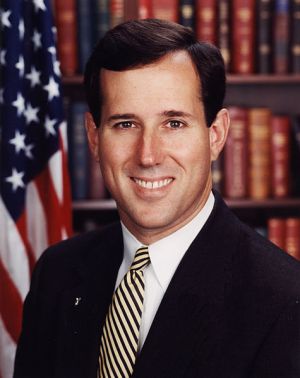 It is a well-known quirk of human nature that when things go well in life, people often try to find someone to whom they can express their thanks. When things go badly, they look equally for someone to blame. And if there is no one to thank, or no one to blame, then they make someone up. Plentiful harvest this year? – thank God. Healthy children? – God. Won the lottery? Survived a plane crash? Scored a touchdown…? – God.

When it comes to misfortune, however, people tend to get a bit cagey, as they’re not so eager to point the finger at the almighty creator and master of the universe. Hit by lightning? – “Unlucky, my friend.” Killed in a plane crash? – “It must have been his time to go.” Diagnosed with terminal cancer? – “God works in mysterious ways.”

There are certain times though, when something happens that seems so patently evil, so clearly antithetical to all that is good, to all that people hold dear, that a scapegoat must be found. And what greater scapegoat than the epitome of all evil; that corrupter of innocence and virtue, the “Father of Lies” himself – Satan. Hell, the guy is half goat, after all.

Now, any rational, freethinking person with a clear understanding of history and mythology, and even the slightest appreciation for poetry, can tell you that sometimes we humans find it easier to discuss natural processes or abstract ideas by first projecting ourselves onto them. We imbue them with human thought, emotion, and behavior to make it easier for us to relate. Depending on the context and how it’s applied, this is called “personification,” “allegory” or “anthropomorphism,” and we use it all the time. It’s what makes films like Finding Nemo or Ratatouille endearing as opposed to being just irrelevant tales about cold-blooded sea creatures and disease-spreading vermin. It’s the reason we have a giant statue of Lady Liberty standing watch over New York Harbor, and one of Lady Justice adorning the Supreme Court. It’s also how in an age of satellites, Internet, and the deciphering of the human genome, we still find people talking about a dude with hooves and horns and a really bad attitude, who’s responsible for everything wrong with the world.

The ongoing circus act of the Republican primaries is an excellent case study in personification, for the ringmaster of the moment is the very embodiment of all that atheists despise about religion. Rick Santorum is so ignorant, so bigoted and hypocritical, so authoritarian, theocratic, shortsighted, and so out of touch with facts and with reality in general, that if he did not happen to exist already, it would almost be necessary to invent him in order to serve as the poster child for everything that’s wrong with religion – especially when it gets mixed up with politics.

Rick Santorum hates nearly every societal advance that has been achieved since the Dark Ages – in short, everything that we refer to as “progress.” He hates the growing secularization of society and the implementing of laws based on things like equality, fairness, justice, and reason instead of blind deference to imaginary authority. He hates the empowerment of women and their having control over their own bodies instead of being merely meek and obedient baby-making machines. He even hates the Earth itself, which he looks at as some kind of vassal state to be plundered at will.

It would be easy to write off all of his fanatical policy positions as merely one embittered misfit’s eccentricities, but that would be disingenuous, for he gets his ideas from a source far older and far more widely respected than any washed-up former senator from Pennsylvania could dream up on his own – his ideas come straight out of the Bible. Let’s take a look at some of the more egregious passages of relevance. Take special note too that these cannot be dismissed as just leftover barbarisms inherited from the Old Testament, since many of them come directly from the New Testament. Here, for instance, is where he gets his ideas about women:

Let the woman learn in silence with all subjection.; But I suffer not a woman to teach, nor to usurp authority over the man, but to be in silence.; For Adam was first formed, then Eve.; And Adam was not deceived, but the woman being deceived was in the transgression.; Notwithstanding she shall be saved in childbearing, if they continue in faith and charity and holiness with sobriety. – 1Timothy 2:11-15

And here’s the basis of his environmental and family planning policies:

So God created mankind in his own image, in the image of God he created them; male and female he created them. God blessed them and said to them, “Be fruitful and increase in number; fill the earth and subdue it. Rule over the fish in the sea and the birds in the sky and over every living creature that moves on the ground.” – Genesis 1:27-28

And here’s where he gets his ideas about education:

Trust in the LORD with all your heart, on your own intelligence rely not. – Proverbs 3:5

For it is written, I will destroy the wisdom of the wise, and will bring to nothing the understanding of the prudent. – 1Corinthians 1:19

For the wisdom of this world is foolishness with God. – 1Corinthians 3:19

For in much wisdom is much grief: and he that increaseth knowledge increaseth sorrow. – Ecclesiastes 1:18

Republicans love talking about “freedom of religion,” and that’s fine – it’s clearly spelled out in the First Amendment of the Constitution. The problem is, to those on the far right who wield it like a machete, it only applies to their own religion. They’re all about prayer in schools so long as that means Christian prayer. They’re all about freedom of conscience when that means the freedom to deny medical care to those they disagree with. Furthermore, they live in a complete fantasyland regarding the founders of our nation and their intentions to maintain a “wall of separation between church and state” in order to have a government both free from religious control, and limited in its control over religion.

To atheists, people like Rick Santorum make it abundantly clear why religion has become a danger to free society and to the survival of the human species. There’s no point in beating around the burning bush in trying to identify the root of the problem. If you want to see what a religion-controlled government looks like, you only have to look to Afghanistan, or Iran, or Saudi Arabia, or Europe between the fall of the Roman Empire and the coming of the Enlightenment. We’ve seen it; we’ve been there, and it’s not pretty. Santorum say he wants to bomb Iran because:

They’re, they’re a theocracy. They’re a theocracy that has deeply embedded beliefs that the, the afterlife is better than this life… So when your principal virtue is to die for your – for Allah, then it’s not a deterrent to have a nuclear threat if they would use a nuclear weapon.

Take a look in the mirror, Rick. Does the pot not call kettle black?

The problem with religion is that it doesn’t content itself with being just a moral philosophy; it tries instead to be a total theory of reality, and as such, it promotes an inflexible worldview increasingly at odds with science and with the norms of civilized society. Whether in opposition to stem cell research that has the power to cure countless diseases and improve millions of lives, or opposition to gay marriage and the chance for people to find happiness expressing their true, natural-born identities, religion is the number one impediment to continuing human progress. Until more people learn to recognize this, we will continue to hate and to kill and to oppress one another solely on the dictates of a few musty old books thought up by illiterate goat herders before the invention of sliced bread. We can do better than that. Evolution has provided us with incredible minds; let’s use them.

Originally published as:
“Rick Santorum: A Case For Militant Atheism” on March 12, 2012 by Addicting Info > http://www.addictinginfo.org/2012/03/12/rick-santorum-a-case-for-militant-atheism/

2 thoughts on “Rick Santorum: A Case For Militant Atheism”